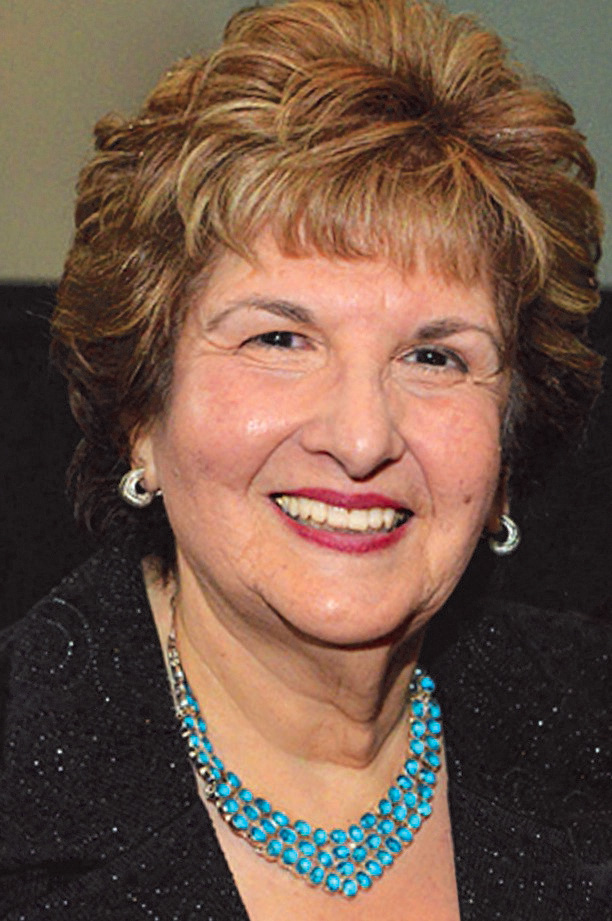 Paula spent her early years in Rochester, Minnesota, where she learned from her parents the importance of supporting her community. Her mother, Helen Friedman, was a Yiddish interpreter who would often take young Paula along when she provided interpretation at the Rochester State Hospital.

Paula cherished her strong partnership with her husband, Mel, a law school professor and dean. They were married for more than thirty years until his death in 1998. “I had a husband who was very supportive of me,” Paula once said. “My husband read ‘The Feminine Mystique’ by Betty Friedan before we got married. I'd never read it! He was very supportive of what I did.” 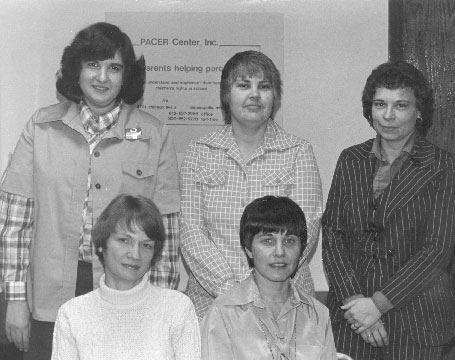 Paula and Marge Goldberg (no relation), who met at a meeting of disability rights advocates, founded the Parent Advocacy Coalition for Educational Rights, aka PACER Center, in 1977. With Paula’s background in education and Marge’s experience as a lobbyist for special education, and her lived experience as the parent of a child with a disability, they were an unbeatable team. “We wanted to improve educational opportunities for children with disabilities and educate parents about the few special education laws,” Paula said. When PACER received its first federal grant, Paula and Marge became co-executive directors and hired several volunteers as part-time staff.

Paul Ackerman, who was with the Office of Special Education Programs (OSEP), in the U.S. Department of Education, was the program officer for that first federal grant. Paul recalled, “We funded projects for special educators; this one from PACER Center did not exactly fit that category, but was very innovative,” he said. “It was a really new idea, parents helping parents. At the time, all the funding was focused on professionals, like teachers.” That grant was the beginning of his relationship with PACER that has spanned more than 40 years, two continents, and continues today.

During multiple visits, Paul developed strong relationships with Paula and Marge . “We thought PACER would be special. We started hearing about them everywhere we went. PACER was becoming a household word in parent and education circles. The natural leadership of Paula and Marge was quite evident. People began to look up to them,” Paul said. “It was not hard to love PACER.”

Early on in the founding of PACER, Paula had been faced with a choice. After applying and being accepted to law school, she wasn’t sure if attending was the right decision. Paula knew that her decision would impact her family’s future, and decided instead to stay with PACER. “I wasn’t sure of the new organization’s future, but I knew that attending law school would limit my flexibility to attend my young sons’ activities,” she said later. 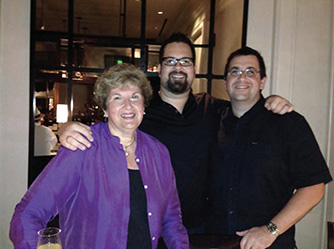 Advocacy and supporting the community was a family value: Paula’s mother, Helen, became a dedicated PACER volunteer, and from a young age, Paula’s sons David and Robert frequently volunteered with PACER, doing everything from collating papers to performing, at local schools, the puppet shows that modeled inclusion of young children with disabilities.

Paula’s decision to stay with PACER impacted not only her family and the families of Minnesota children with disabilities, but the millions of families of children with all disabilities throughout the United States. In addition to PACER serving tens of thousands of Minnesotans each year, Paula was a national leader in the parent center movement, helping create parent centers throughout the country, mentoring other leaders, and helping write the legislation that funded parent centers. “Paula was in a leadership position of a parents’ advisory group,” Paul Ackerman said. “She played a quiet role, focusing on the quality of PACER’s work and helping the Parent Training and Information Centers. More and more people learned that they had a resource in Paula.” 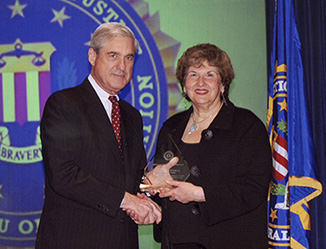 In addition to her recognition within the parent center community, Paula was also the recipient of numerous awards and honors, including the FBI Director’s Community Leadership Award and the University of Minnesota’s Alumni of the Year Award.

It's All About Relationships

One of Paula’s enduring beliefs was that success is all about the relationships we form, and that has been a thread woven through her work at PACER. The relationships she has developed with funders, donors, and volunteers are legendary. One of those relationships is with entrepreneur Steve Simon, who recalled that he became involved with PACER after a phone call from Helen, Paula’s mother, who wanted to sell him tickets to PACER’s Benefit. PACER was a client of Simon’s then-company, American Sharecom. Steve bought the tickets, and subsequently became a Benefit sponsor.

His relationship with Paula and PACER deepened, especially after a call Steve made to Paula during PACER’s capital campaign for the building at 8161 Normandale. Steve recalled, “I asked Paula how the funding was [progressing]. She told me it had been going pretty well but had stalled. “I asked her how much still needed to be raised, and she said, ‘$800,000.’ I told her that I’d like to help. Paula asked how I wanted to help.” Steve said, with a smile in his voice, “I told her, ‘the very best way. I will give you the $800,000 you need.’” Paula was, he said, “speechless.” 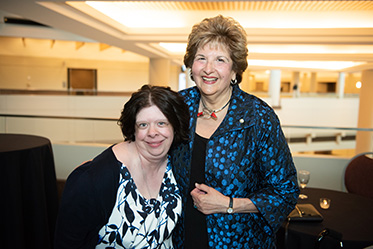 Philanthropist Muffy MacMillan, a longtime supporter of PACER and chair of PACER’s endowment campaign, remembered her first connection to Paula and PACER. More than 30 years ago, her daughter, Mara, who has Williams syndrome, was about to enter school, and the district did not have a special education program in place. “I worked with Karen Orcutt [Orono’s longtime superintendent] and Paula Goldberg [PACER’s Executive Director] to set up special education in Orono, and that’s how I got connected to PACER. We set up classrooms and curriculums and hired staff. No one knew how to do this but PACER. I am very grateful to Paula.”

Under Paula’s leadership, PACER has had a national and even international impact. Paula was instrumental in the foundation of PACER’s National Bullying Prevention Center, dedicated to creating and sharing resources that support communities and schools to promote kindness, acceptance, and inclusion. She helped develop the first assistive technology center for children with disabilities in India, another example of utilizing professional and business relationships to help others. Paula guided PACER as it continued to evolve in new ways to meet the changing needs of families and help children and youth with disabilities have successful futures.

Paula cherished the closeness of her family. She was especially proud of her five grandchildren and loved to talk about them and their accomplishments. Paula F. Goldberg, age 79, of Minneapolis, MN died peacefully in her sleep in her winter home in Santa Monica, CA on Sunday, May 15, 2022 of natural causes related to a long running illness. Preceded in death by her beloved husband, Mel; her son, David; parents, Bob and Helen Friedman; and in-laws, Harry and
Ruth Goldberg. Survived by her son. Robert Goldberg; daughter-in-law, Sheryl Sandberg; sister
Sandra F. Greenberg (Mort); nephews, Craig Greenberg (Cindy) and Mark Greenberg (Pamela); and
5 grandchildren.