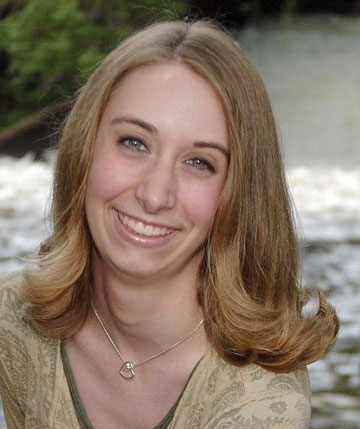 Ashlee Kephart is the founder and executive director of a successful nonprofit with a chapter in Liberia, Africa; she’s a winner of a 2008 national award for “Most Caring American”; and was selected as one of 20 U.S. torchbearers for the 2010 Winter Olympics. Those are impressive accomplishments for any adult. For an 18-year-old from Brooklyn Center, Minn., with the extra challenge of having dyslexia, they’re outstanding.

“I was very little when I found out about my disability, and I felt pretty bad,” Ashlee says. Then one day in sixth grade she saw a poster at school of one of her favorite historic figures. The man was Albert Einstein, and the poster said, “Even Einstein had trouble in math classes. He had dyslexia. What’s your reason?”

“At that moment I knew I wasn’t alone and that some very intelligent people also had dyslexia,” Ashlee says. “From that time on, I was able to accept it and worked hard to compensate for it so it would not become a barrier for the things I wanted to do.”

Ashlee’s resolve was matched by her mother’s commitment to help her succeed. Top grades weren’t a problem when Ashlee had accommodations such as more time for tests and writing assignments. “PACER was very instrumental in helping Ashlee get accommodations through a 504 Plan,” says her mom, Sharon Kephart. “I’ve received so much support through PACER over the years.”

Ashlee’s determination to reach her goals paid off. When she was 16, she expanded her longtime volunteer activities by founding Kids for a Better World, Inc., a nonprofit dedicated to youth volunteerism. Ashlee promotes the empowerment of youth through her organization, which coordinates community initiatives and spreads the volunteer spirit internationally by connecting youth all over the world.

Through her hard work and dedication, she has raised more than $100,000 for charity, recycled more than 10,000 cans, distributed more than 15,000 Caring Bags of personal-care products to people who are homeless, 65,000 shoes to underprivileged families, 10,000 books to children in hospitals and orphanages, and 4,000 backpacks to victims of disasters. Ashlee also established a chapter of Kids for a Better World in Liberia in 2008, which has helped more than 417 children through its child development center.

In 2008, her volunteer efforts were recognized as she and four other young adults were honored at the Frederick Douglass Museum & Hall of Fame for Caring Americans in Washington, D.C. as a “Most Caring American.”
Her hard work in school was rewarded, too, with top grades and more than 20 college scholarships. Ashlee plans to earn a degree in clinical psychology with a focus in forensics.

In 2010, she donned an Olympic running suit and carried the 3.5-pound Olympic torch through Calgary, Canada, as it made its way to Vancouver for the winter games. She was one of just 10 U.S. teens selected as a torchbearer because of her “remarkable dedication in encouraging others and making a positive difference in so many lives,” says Celeste Bottorff of Coca-Cola North America, which is a sponsor of the Olympic Torch Relay.

“I learned from my mother and her life examples that it’s all in how you look at things,” Ashlee says. “When faced with adversities, I choose to see opportunities instead of obstacles. So many people have been able to overcome a disability. Having a disability doesn’t mean you can’t do what others can do. It means you might have to do it a different way or it may take you longer, but there’s always a way to do what you want to do.”