Sam Broyles is an old hand at being “just one of the kids.” A kindergartener with Down syndrome, this 5-year-old knows how to fit in with the group. Taking turns? No problem. Knowing routines? Check. Following directions? Piece of cake.

All that kindergarten confidence, skill, and success is firmly rooted in the year he spent in an inclusive preschool, says his mom, Jessica Broyles. “His year before kindergarten was truly inclusive,” she says, noting it was the first year the school implemented a new preschool model for all children. Instead of spending part of the week in a special education classroom and part in the regular class, Sam spent the whole school week with 12 typically developing classmates and one other child with disabilities. 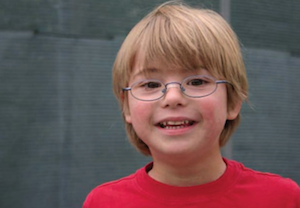 Before Sam went to inclusive preschool, Jessica was a little nervous about how things would really work out. After all, “you’re treated like everyone else,” she says. “You get a little help, but you have to follow the rules of the class. You’re not catered to like you are in a special education setting.” Would Sam be able to succeed?

She had other concerns as well. She wondered how the teacher would feel about this inclusive model. “Sam can be a lot of extra work,” Jessica says. She worried about whether he’d make friends, and “I wondered if he would learn enough, if they’d be able to make sure things weren’t taught at too fast of a pace.”

On the other hand, she knew there would be benefits. “Sam learns best from typical peers. He learns from watching,” she explains. “I knew he would be going to kindergarten in an inclusive school, and I wanted him to learn how to function—to follow routines and directions, participate in activities, and fit in. It has to start young.” After weighing the apprehensions and the advantages, Jessica and Sam’s Individualized Education Program (IEP) team believed the inclusive preschool would be the best thing for her son.

A meeting with the teacher just before the school year began helped ease some of Jessica’s concerns. The teacher made it clear that she was excited about having an inclusive environment—and that inclusion extended to more than just having children with and without disabilities. The class also had children from many countries. “Nobody stood out, because everyone was different in some way,” Jessica says. “The kids didn’t see differences or judge them. Everyone was really welcoming.”

She especially liked the fact that she and the teacher agreed that an inclusive classroom would prepare Sam well for kindergarten. “She said, ‘every kind of kid he’ll run into in kindergarten is here,’” Jessica recalls. That experience would be invaluable.

“Sam had a lot of support to be part of the classroom,” Jessica says. In addition to the preschool teacher and an assistant teacher, Sam had a part-time special education teacher and a paraprofessional who helped him learn to follow routines, sit for story time, stand in line, play with other children, take turns, and share in front of the class. In short, he learned how to be part of a class.

Sam’s peers helped a lot, too. Although the special education teacher typically provided services in the classroom as part of whatever was going on, she occasionally thought Sam needed additional practice on certain skills. At those times, a typically developing peer would join Sam outside the classroom and the two would play games that enhanced those skills. Other times, if Sam needed help transitioning from one activity to another, the school would have a friend buddy up with him.

The benefits of an inclusive preschool program for Sam became clear fairly early. “He was comfortable in the group,” Jessica says. “He loved preschool. He was happy to go. That’s how we got him dressed in the morning. He loved the other kids. It was such a social learning experience for him. It was so important.”

That importance became evident only a few months after being in the inclusive classroom. In testing between the summer before preschool and January 2009, Sam had a 10 percentile jump in speech. “It’s a more dramatic jump than usual,” says Jessica, who attributes much of the gain to his inclusive preschool experience.

Sam’s classmates benefited from the inclusive experience as well, gaining compassion and awareness. “Even though they couldn’t always understand him, they realized he was just a kid who liked to play games, and they included him,” Jessica says.

For families considering an inclusive preschool for their children with disabilities, Jessica is happy to share these suggestions:

With his year of inclusive preschool behind him, Sam is thriving in kindergarten. He’s still “just one of the kids,” he has friends, and he’s eagerly tackling his newest challenge: learning to write his name.

What is an Inclusive Preschool—and How Can You Find One?

An inclusive preschool is a place where children with and without disabilities learn and play together. Such a setting gives children with disabilities time to learn and practice their skills with typically developing peers. Depending on a child’s disability and needs, early childhood special education services may be provided in the classroom all the time or just some of the time.

When writing your child’s IEP, be sure to ask questions about the proposed setting. It’s a good idea to take time to visit the classroom to see if it is an appropriate setting for your child.

If you have questions about inclusive preschool options for your child, please call PACER Center and ask to speak with a parent advocate.