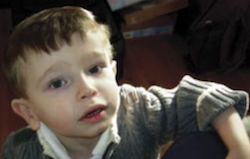 Having a child inevitably brings changes to a family. When the child has disabilities or special health care needs, those changes can mean inviting professional help into the home. Nurses, service coordinators, therapists, and personal care attendants (PCAs) can play a critical role in helping families address the challenges of having a child with disabilities. The presence of these professionals, however, also requires families to adjust to having a stranger in their midst. There is less privacy, more dependency on others, and the need to define how and to what degree the professionals will blend into family life.

Amy Dawson, PACER’s health information and advocacy coordinator, and Julie Hertzog, PACER’s bullying prevention coordinator, understand those issues intimately. They share their stories of coping with both the gratitude and ambivalence of letting help into their homes.

When Amy’s twins were born prematurely in 2003, she and her husband learned that one of them, Mac, had severe health problems. Due to lung problems, he was on oxygen for 18 months. When he came home from the hospital at six months old, he had very low muscle tone, required many medications, and was fed through a tube. Eventually they discovered that he had congenital defects in his spine, heart, and central nervous system. By the time he was 3, he also had an autism diagnosis.

“Mac also had pain and needed medication to sleep,” Amy adds, “but even with that, he didn’t sleep very well.” Neither did his parents. “By the time Mac had been home from the hospital two or three months, I was exhausted,” Amy recalls. “I’d quit my job as an attorney to take care of him. Because of the worry of infections, we were pretty isolated.”

Julie can relate to the challenges. “David was born with Down syndrome and significant medical issues,” she says, recalling the 1996 birth of her second child. “By the time he was six months, he’d had two open heart surgeries and had received a tracheotomy and was vented, which required constant oxygen. He also had a pacemaker and a feeding tube. He had significant medical complications that required near–hospital-level care.”

For six months, the Hertzogs managed David’s care on their own. The toll on the family, however, was high. David didn’t sleep well, so Julie and her husband alternated nights sitting up with him. That schedule, plus the fact that they both worked and were also raising a 2-year-old daughter, was too much. They were exhausted. And they were isolated. “We had no interaction with friends,” Julie recalls. “It was too complex for family members to help. Plus, they were scared.”

Isolated, exhausted, and stressed, both families came to the same conclusion: They needed outside help. Finding it, managing it, and making it work with family life, however, was a journey marked by successes, frustrations, and adjustments unique to each household.

For Amy, “our introduction to medical assistance and PCAs was really quite serendipitous.” A nurse suggested that they apply for Supplemental Security Income (SSI), a federal program that Mac qualified for because he was a resident of the hospital. Once enrolled, Mac qualified for Medical Assistance (MA)—and 12 ½ hours of PCA services a day. When Mac finally came home, his SSI eligibility ended and the family learned that he could continue on MA through a state program called TEFRA. The program enables eligible children with disabilities and special health care needs to receive MA; parents may pay a fee, depending on their income.

“We had really good luck finding terrific PCAs,” Amy says. “They helped us make sure Mac was safe and comfortable. They helped work on his different therapy goals—trying to sit up or doing the simple things other babies do, like shaking a rattle.” To find a PCA, she recommends using an agency. For people on MA, there’s also a program called PCA Choice that lets families choose and train a PCA. “We also tried Consumer Directed Community Supports (CDCS). It’s an option for some children with disabilities on MA that provides flexibility in how you spend your support dollars. Instead of using PCA services, for example, parents can choose to be paid to take care of their child, spend the money on respite, or seek caregiver training.”

Julie now uses CDCS, but for seven years the family used agency services. During David’s first two years, for example, his condition required intense services. “We needed at minimum a licensed practical nurse, and we preferred a registered nurse,” she says, noting that they were eligible for 18 hours of care a day.

“It wasn’t always easy. It felt chaotic all the time,” Julie recalls. “You relied on the nurses emotionally and logistically. There was a real dependency. If they didn’t show up, then it was just you.” 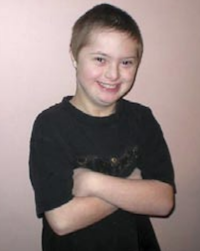 Eventually, David’s medical conditions improved and his care needs subsided. “When David got his trach out at 2½, we came to the world of PCAs,” she says.

Both families discovered that finding, training, and managing caregivers can be a job in itself. Despite the families’ best efforts, some people just didn’t work out. They would cancel frequently, not show up, fail to do what was asked of them, or not meet the families’ standards for keeping the child safe.

Both families also realized that having an outsider in their homes presented challenges and tradeoffs. “You need to negotiate your terms with the PCA,” Amy says. For example, would caregivers join the family at mealtimes? For Amy, “it was really just easier to make enough food to include them. We started treating them more like family. That model has worked well for us.” For Julie, the answer was no. “It’s a professional relationship,” she says. “They’re not a guest.” She expected staff to bring their own meals.

Having outsiders in the house also affected family relationships. “They’re there,” Amy says. “If you want to talk to your husband about something, they’re there. It can be a little much to have someone in your house all the time.”

“We are very private people,” Julie adds. “We took longer to access services because we didn’t want people in our house. Having someone in the house means that sometimes you have to temper your reaction and act like you would in a public setting.”

Finding the balance between obtaining help and maintaining privacy is as individual as each family. “If you start to feel the ‘ick,’ maybe it isn’t fitting what the family needs,” Julie says. “Trust your instincts.”

“Some PCAs are just wonderful to have in your house,” Amy adds. “They’re a big help and a delight. But others can get on my nerves—especially if they start at 7 a.m. So it’s me; I’m just cranky then. You just have to remember that they’re helping you help your child. Go have another cup of coffee.

“The whole situation has given me more patience with everything and everybody,” she adds. “The important thing is my son is not going to die. He can breathe. He’s even walking and running. He’s moved from using sign language to talking.

“He asks his twin sister to dance with him,” Amy says, “and he loves to sing and tell jokes. If someone gets on my nerves a little, but they’re teaching my son a valuable skill, most of the time it’s not a chore.”

“I remember our hesitancy at first to accept help,” she adds, “but you come to realize that there’s a reason these services are in place and it’s beneficial to the family as a whole.”